Our Son was in Trouble: Our Family’s Journey through the Chaos

Guest post by: Janet Currier, mother of Jeremy Currier (as originally profiled anonymously in “Like Moths to a Flame”)

On May 10, 2018, we received a phone call from one of our son’s principals. We were needed at the high school immediately, because our son Jeremy was “in trouble.” The school had discovered Jeremy and another student (his friend) had gained and maintained access to the school network for quite some time.

Both principals, the IT administrator, and the sheriff were awaiting our arrival. The school was threatening expulsion and – at the same time – the sheriff explained that a crime was committed. Jeremy had just turned 15 and was a freshman at Rochester Adams High School in Rochester Hills, MI.

While Jeremy was more than eager to share the details of his access and exploits with the school district, the atmosphere in the meeting room was extremely negative – and it became clear that Jeremy cooperating with the district to reveal exactly what vulnerabilities he exploited would not guarantee the dismissal of the pending expulsion. The interrogation by the district was painful to witness. As a family, we found ourselves surrounded by chaos and confusion, and it was soon apparent that we needed an attorney to help us sort this out.

Jeremy and his friend first gained access to the district network back in middle school at the age of 12 by logging into a shared media center computer that had an administrative password and login taped to the monitor. Despite this, the school’s only focus during that first meeting was to prosecute the boys. By the meeting’s end, we knew that the school district was confused, embarrassed and only wanted the boys gone ASAP. 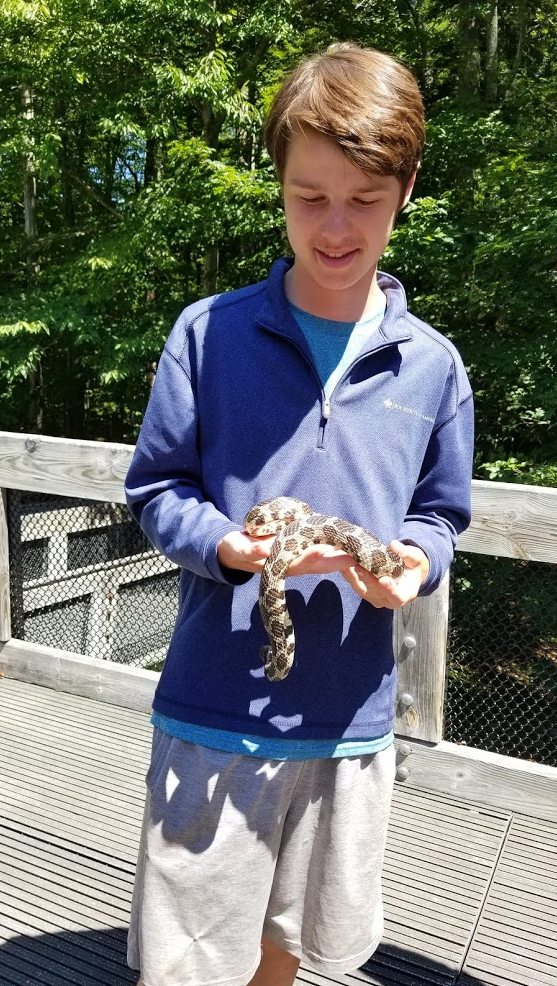 Jeremy and his friend were both expelled for (at least) one school year on June 18, 2018. The expulsion left Jeremy without the opportunity to continue participation in the school’s marching band program and other school activities that he enjoyed. As a result, Jeremy missed important opportunities for connection with his peers in the community. As the student body rumored about his expulsion – the details of which were never publicly disclosed – it created a toxic environment for him that ruled out any future return to his former high school. Therefore, returning to the school past the 180-day expulsion period was never a viable option. The damage had been done.

Meanwhile, the Rochester Community School District remained silent about the incident – and the exposure of its IT infrastructure – to the school community. Coincidentally, a few weeks after Jeremy’s incident, another neighboring community school, Bloomfield District, experienced a data breach by several students. The principal was quick to make a public announcement and inform the community what steps were being taken to correct the problem. (See: “Bloomfield Hills (MI) Schools Respond to Student Hacking Incident.”) Naively, I thought our school district would follow suit and inform the community of the compromise they expelled Jeremy for. That did not happen.

We finally decided to tell our story with the assistance of Doug Levin (“Like Moths to a Flame”). We have since learned that our story is a distressingly familiar one across the nation. Young inquisitive minds with bright futures are colliding at an alarming rate with lax K-12 computer security practices coupled with draconian disciplinary policies.

Jeremy has a gift that comes to him naturally and his raw talent is extraordinary for his age. Jeremy’s skills were developed through exploration, tinkering and hands on experience. Jeremy’s creative mindset will ensure he is successful in the future, but it’s also what made him vulnerable to being caught up in this untenable situation in the first place.

While Jeremy has been affected by the expulsion in some of the ways mentioned earlier, it remains puzzling to me that our story has received more attention nationally than it ever has locally. In addition to the national media coverage, by invitation from Ben Herold of Education Week, Jeremy attended the International Society for Technology in Education Conference in June 2019 where he was a student speaker on the panel “Faces of the Future: What extraordinary students need in order to succeed.” Two other students presented with Jeremy followed by a question and answer period. On September 17, 2019, we participated in synchronous class session on cybersecurity ethics hosted by Dr. Jane Blanken Webb of Wilkes University. Our family also accepted the invitation by Nick Dolanski of the Cyber Future Foundation and attended this year’s summit in Plano, TX, October 3-4, 2019.

Who is to blame? What should the school have done? What has this done to Jeremy’s future?

Who is to blame? The school district should have shouldered most of the blame. Since it was natural for Jeremy to explore his way around a computer, he was in no position to understand his actions were jeopardizing his education at the tender age of 12. The username and password were made public, so he concluded that by logging in he would not see anything he should otherwise not have had access to in the first place.

What should the school have done? In my opinion, the school district should have paused and looked outside the district for guidance. There should have been an immediate 3rd party analysis of the system to determine what really happened and how. Ironically, those answers were available to them, albeit in the minds of two 15 year-old students, if they had only been interested in listening. These boys knew the district’s vulnerabilities and easy access points from the vantage point of school “insiders.”

What has this done to Jeremy’s future? Jeremy will always have to address his high school expulsion with potential employers. Employers will need to be told the story and then independently assess him based on other merits such as current work ethics, character and skill set development.

I am sharing our family’s perspective, because only through telling our story can we hope to make a change in the minds of today’s K-12 administrators and educators. This over-looked area of K-12 student disciplinary practice is doing permanent harm to students and families far beyond the scope of their transgressions. Expulsions are harsh, difficult to recover from and have negative consequences reaching into the student’s future. They also offer little to no chance for the student to resume his/her prior student life. Expulsion for school IT-related cases like Jeremy’s should be the consequence of last resort.

What happens when a high school student discovers and tries to disclose security vulnerabilities in two technology products used by his school?

It started with a yellow sticky note stuck to a student computer. It ended with a hacked IT system and the expulsion of two students.

The latest edition of the OnEducation podcast discusses a recent case of student hacking: what went wrong and how it could have been avoided.