For those who care about the privacy of student information, it is equally important to address issues of IT security – for even the best privacy policies and laws are meaningless if student data is left exposed to unauthorized personnel on school computers or out on the internet. As I’ve noted previously, I think there is an abundance of evidence to suggest that school district practice represents the weakest link in protecting student data privacy and that we need to do more to build school district capacity to manage student data. 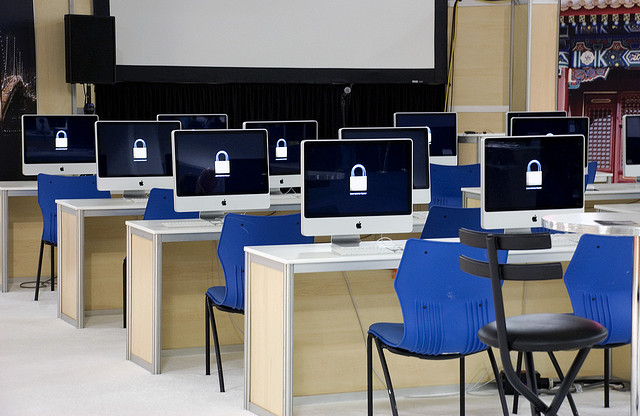 Every school district should be able to answer three very simple questions about their IT and student data security practices:

2. When private student data is accessed on a network, are those connections secure and encrypted to prevent access by unauthorized personnel?

Encrypted connections should be the standard for accessing student data on internal and external networks.

3. How is the technology that hosts private student data physically protected from access by unauthorized personnel?

Servers, routers, and switches that host or communicate with external services that use student data should be secured from access by unauthorized personnel.

Their assessment of the root cause for these basic IT security failings was two-fold: (1) school district personnel were unaware of security issues and lacked IT expertise to address them (or even understand why they were an issue at all); and, (2) school districts’ prioritize their convenience over good security practices, because – for example – changing passwords often or re-logging into systems after extended inactivity was inconvenient. In fact, the auditors noted that most school districts did not even have comprehensive IT policies and procedures in place that could guide them in making good decisions.

I have no reason to believe that school districts in the other 49 states (and DC and the territories) are in any better place. The auditors in the state of Wyoming have merely shed important light on school district IT security practices and offer – to my read – some good, common sense recommendations on how their state leaders could respond. This advice and approach could and should be modeled in other states and is pertinent, as well, to national conversations about how we work to shore up student data privacy practices in every state and for every student.

For those interested in more, you can read the public memorandum (delivered to the Wyoming Task Force on Digital Information Privacy) here:

The COPPA Rule, FERPA, and the Security of Student Data

Both FERPA and the COPPA Rule presume that schools have the resources and knowledge to assess their own data security practices, to say nothing of that of their vendors. Emerging evidence suggests that this presumption should be challenged. The FTC and ED can take affirmative action to improve the security with which schools and their vendors treat student data.

UPDATED (3/22/17): IRS Official to Schools: “One of the Most Dangerous Email Phishing Scams We’ve Seen”

It is inevitable that the education sector will experience data breaches and be subject to cyberattacks. One recent phishing attack has become so widespread and so damaging that the Internal Revenue Service (IRS) itself has issued public guidance for schools on how to respond. Please share this information widely, educate yourself, and work with your schools to mitigate the risks of handling personal data of school employees, students, and their families.