New legislation signed into law today by Governor Mike Parson establishes additional cybersecurity protections for Missouri’s school-age children by requiring schools to notify parents in the event their student’s personal information is stolen or compromised. In addition to notifying the parents or legal guardians, school officials must also notify the Department of Elementary and Secondary Education and the State Auditor. Currently, only some school districts in Missouri have a written policy regarding parental notification in the event of a data breach.

“I greatly appreciate the state auditor for bringing the issue of cybersecurity breaches in Missouri schools to the public’s attention and for working diligently with lawmakers, on both sides of the aisle, to get this bill passed during the legislative session. In this day and age, it is necessary to keep our youth’s personal information safe. Our children are more susceptible to becoming victims of identity fraud because it can take years to uncover the damage.” 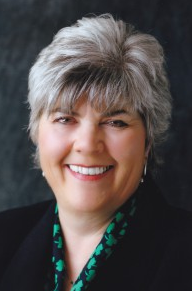 “As a result of the governor’s actions, students across the state will now have additional protections in place to guard them against the possibility of becoming victims of identity fraud. Enhancing the level of cybersecurity protection for our students is vital, and their parents need to know when a data breach has taken place in their school’s database.”

Followers of this site will recall that the Missouri State Auditor, Nicole Galloway, has long championed better school cybersecurity practices, including through the conduct of a series of cyber aware school audits beginning in 2015. She has long advocated for similar legislation. On its passage, she tweeted:

I’ve been focused on cybersecurity in our schools from day one. Thank you Sen. @walshgina for leading our bipartisan effort to make sure parents know when their kid’s personal information is compromised. #MoLeg https://t.co/xEYrpdEHzm

What could the federal government do to stoke demand for cybersecurity awareness programs in schools?