Since the K-12 Cyber Incident Map was launched by Doug Levin of EdTech Strategies in March of 2017, it has grown to become the definitive source of publicly-disclosed school cybersecurity incident data in the United States. To date, it is has documented well over 1,000 school cyber incidents, resulting in mass identity theft, the loss of hundreds of millions of taxpayer dollars, and the loss of significant instructional time. Since that time the Map and related resources have been:

The K-12 Cybersecurity Resource Center (https://www.k12cybersecure.com) is the home of the Map and is devoted solely to reporting news and information related to school cybersecurity and privacy issues. It is maintained as a free, independent resource for the K-12 community in partnership with the K12 Security Information Exchange (K12 SIX).

The K12 Security Information Exchange (K12 SIX) is a new national non-profit dedicated solely to helping to protect K-12 schools – public and private – from cybersecurity threats, such as ransomware and phishing attacks. It was launched in late 2020 as an affiliate of the Global Resilience Federation in response to the growing cybersecurity challenges facing schools nationwide and in recognition of the unique challenges and context of K-12 operations. For more information, please visit https://www.k12six.org. 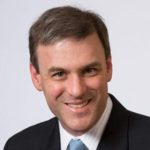 He has been engaged in education and technology policy issues for over two decades – in a variety of roles – most prominently in helping to develop and implement the nation’s first education technology plan and strategy in 1996 under President Clinton, as well as its subsequent updates in 2000 and again in 2004 (under President Bush). He also consulted on the development of the 2016 plan (under President Obama). From 2009-15, he served as executive director of the State Educational Technology Directors Association (SETDA). Previously, Mr. Levin held positions with the American Institutes for Research, the National Cable & Telecommunications Association, and the National Association of State Boards of Education.